History and Mystery of the healthiest food item – Idli 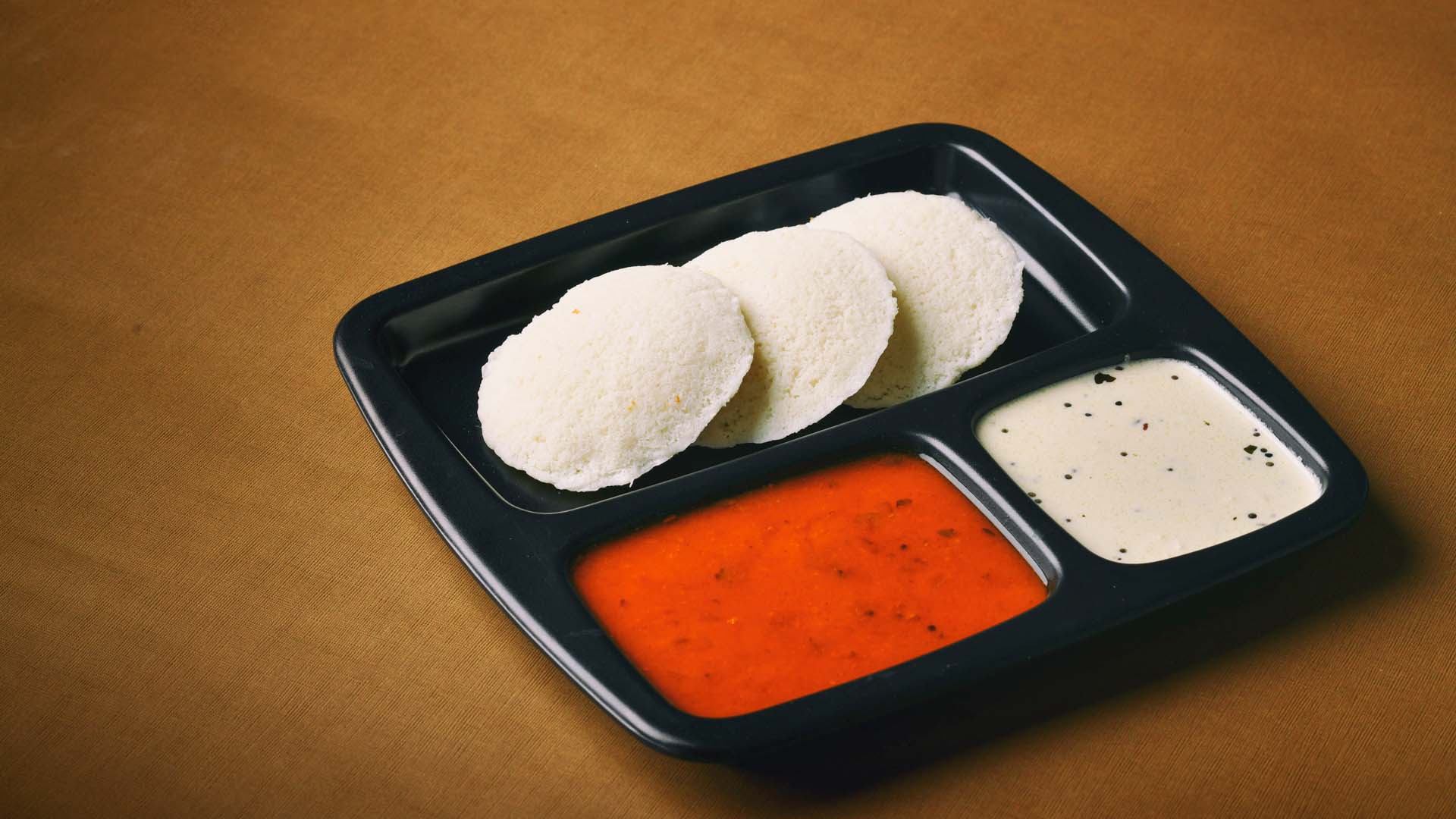 For ages, the little idli has served as more than just food. The history of the idli, the healthiest food item, has been a long and interesting one. This white masterpiece has been recreated many times throughout history.
It is a delicious rice cake that is widely served for breakfast. The cakes are prepared by steaming a batter made of fermented, dehusked black lentils and rice. The starches are broken down during the fermentation process so that the body can more easily metabolize them.
For South Indians, it is a staple dish and a must for many occasions, including Diwali. Are you running late for work? Idli is a simple solution as you can grab it from Naadbramha restaurant.
Are you unwell? As we said, idli is the healthiest food item, so the best food for a sick body is a dish of hot idli, so treat yourself. Do you have time to unwind? Enjoy the simple idli and the delicious sambar and coconut chutney.
Here, we present some fascinating information regarding the Idli.

Several classical Indian writings indicate a precursor of the existing idli. The Kannada language work Vaddaradhane by Shivakotiacharya describes “Iddalige,” which is made exclusively from a black gram batter.
The preparation of this dish is described by Chavundaraya II as soaking black grams in buttermilk, grinding them to a fine pulp, and combining them with clear curd water and spices (Lokopakara, circa 1025 CE).
Someshwara III, a Western Chalukya ruler and scholar who ruled in what is now Karnataka, provided an idli recipe in his book, Manasollasa (1130 CE).
According to K.T. Achaya, the modern idli recipe may have come from Indonesia, which has a rich history of fermented foods.
Gujarati historians claim that between the 10th and 12th centuries, textile traders from Saurashtra brought idli to South India. Even a mixture of rice and black gram that was crushed together and afterward steamed to create cakes is said to have originated in Gujarat.

The preparation process of the healthiest food item

Idli batter is made by soaking rice and urad lentils, mixing them, and allowing them to ferment, ideally overnight. Southern India’s weather is ideal for allowing the batter to ferment. Electric food processors are being used in place of the hand-operated stone grinders that were used historically for grinding. Each batch of 12 to 16 idlis that are steaming takes about 10 minutes.

Idli and its connection to World War
Are you aware that your favorite idli also has a long history with World War II? Well, if you are unaware of it, it will undoubtedly be a fascinating fact to add to your knowledge.
While most of us are aware of rice idli and war connection idli, Karnataka is known for another type of idli called Rava.
The fact that Rava idli was a byproduct of World War II adds to its mystery. It was allegedly created by Bengaluru’s Mavalli Tiffin Rooms during a time of scarcity of rice during World War II.
They experimented with utilizing semolina to make idli, and they came up with Rava idli.

Idli and its connection to chutney
Idli is a steamed, flattened ball of rice batter that is eaten hot with chutney after being soaked the previous night. Since idli is a popular fast food item in South India, different regions of the country may have different chutney varieties.
The most popular chutneys in the region are tomato, coconut, and groundnut. A white delicacy is occasionally had with sambar and rasam.

Types of Idli
Idli, the healthiest food item, is supreme in terms of variety. Like chutneys, Idlis and their batter are the subjects of extensive innovation.
One such type is the tatte idli. This plate-shaped idli is well known in the Karnataka regions of Bidadi and Ramanagara. In Kannada, the term “tatte” signifies plate.
If you’re in Mumbai, you could get to try these Idlis at Naadbramha Idli restaurant. Also, if you want to start a food franchise, Naadbramha Idli restaurant offers the best Idli franchise in Mumbai. It is the best food franchise for under 15 lakhs in Mumbai.
Contact Naadbramha Idli restaurant to know more about the franchising opportunity. Sanna and Muday are further types. One such type is Sanna. Sanna, also known as Hittli in Konkani, is a well-known coastal Karnataka food product. In addition to traditional coastal fish curries, sanna is relished with sambar.
A Mangalorean type of white wonder is called a muday idli

Idli with different types of grains
The already nutritious idli has even healthier variants with ragi, millet, and parboiled rice as alternative ingredients. However, rice-urad dal idlis are well-known around the world.
Many people make idlis using ragi, other millets, or parboiled rice instead of traditional white rice.
So don’t worry if the idli is still on your plate; it can be used for upma the following day.
So this is all about your favorite and healthiest food item, Idli. If after reading this, you are craving some tasty idlis, then you can visit your nearest Naadbramha Idli restaurant in Mumbai.
They offer the tastiest and healthiest food item, idli, at all their restaurants. So don’t wait too long.
Visit Naadbramha Idli restaurant and enjoy your favorite Idli now