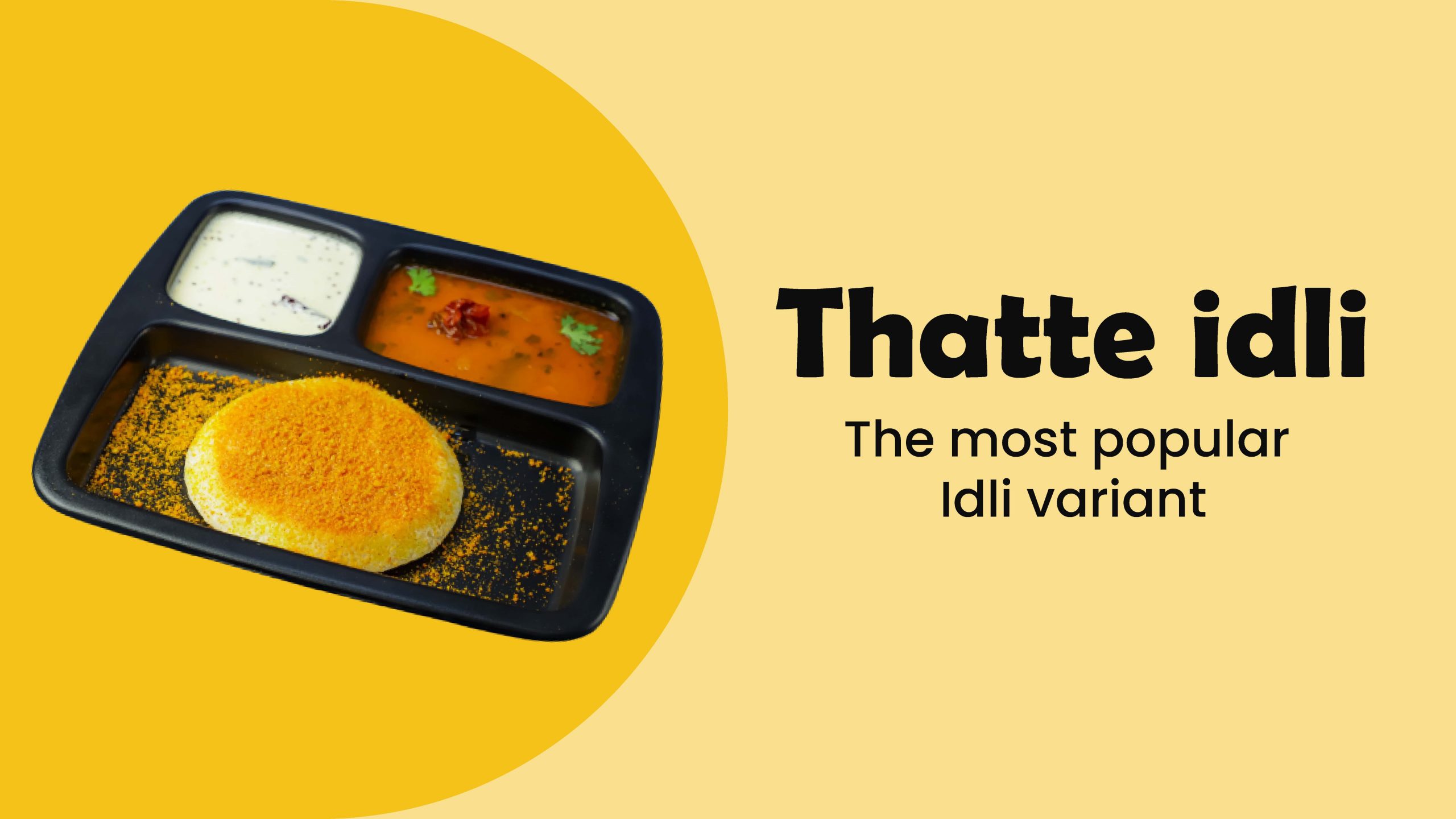 Idli is the favorite breakfast of people in India. It is light and healthy, which makes it perfect for weight loss. That’s why there are various types of idli available all over the world. Other than regular idli, thatte idli is the most popular idli variant.

This idli, which gets its name from the circular disc-shaped bowl in which it is produced, is larger in circumference and thickness than conventional idlis, which are smaller and thinner.

As it originated in Bidadi (Ramanagara district, between the Bengaluru and Mysore, express route), a suburb in Bengaluru known for its industries, it is most commonly referred to as “Bidadi Thatte Idli.” Of course, Tumakuru, which is located less than 2 hours from Bengaluru, is another town in Karnataka that can claim this idli as its own.

How to make Thatte Idli

For several hours, urad dal and idli rice are soaked in water. The rice and dal are ground into a smooth batter once they have softened. The idli batter is allowed to ferment overnight. There are many air bubbles in the fermented batter, which almost doubles in volume.

The following day, salt is added to the batter, which is then spread out onto plates designed for this purpose, molded to Thatte Idli size, and steam cooked for 15 to 20 minutes over moderate heat. Idli is now ready for serving.

In terms of quantity, this type of idli is equivalent to two or three ordinary idlis. Because of this, a plate of this idli is more expensive than regular idli but is still quite satisfying.

When served with hot, lip-smacking sambhar, coconut chutney, a pinch of gunpowder or podi masala, and a spoonful of hand-churned butter or benne, this savory snack becomes even more irresistible. While enjoying Idli, a mug of filter coffee is also a wonderful companion.

Where can I find Thatte Idli?

So what are you waiting for?